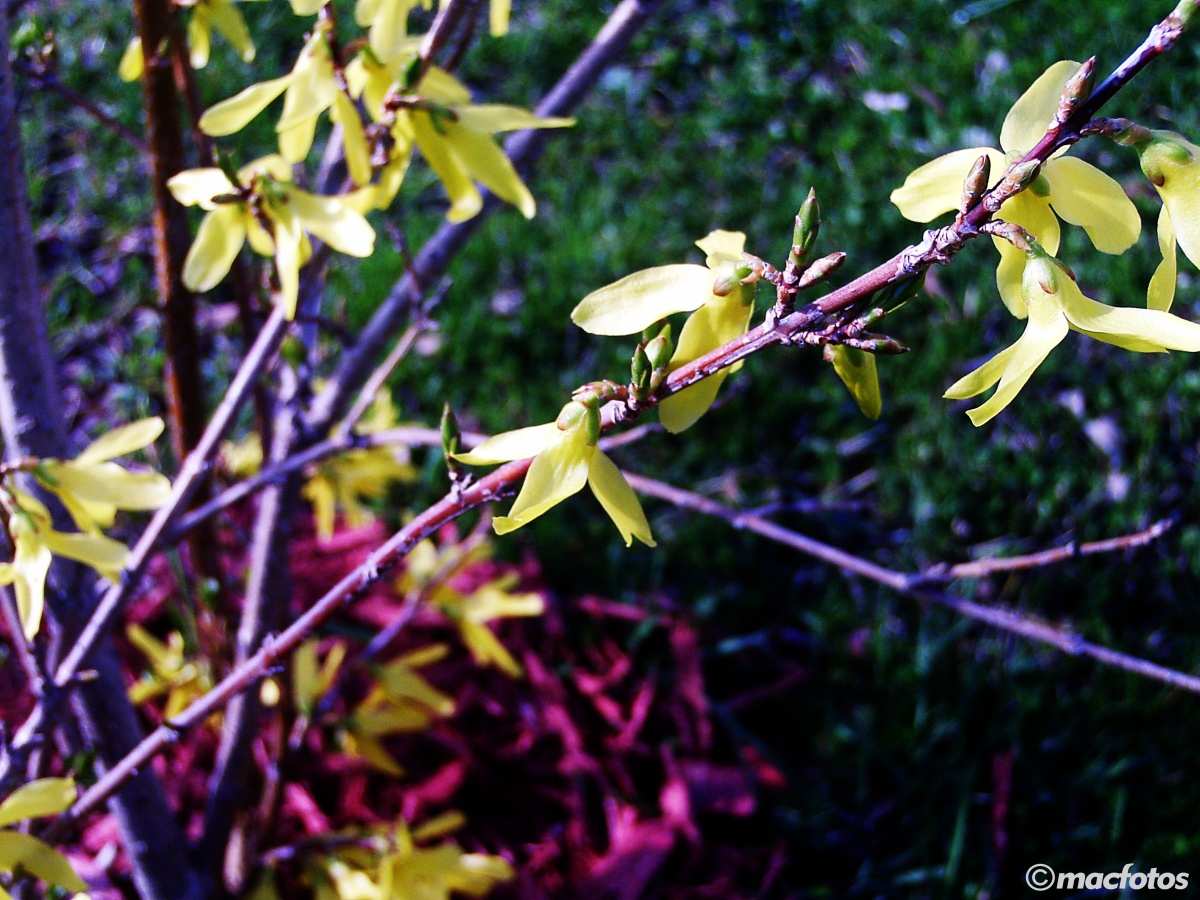 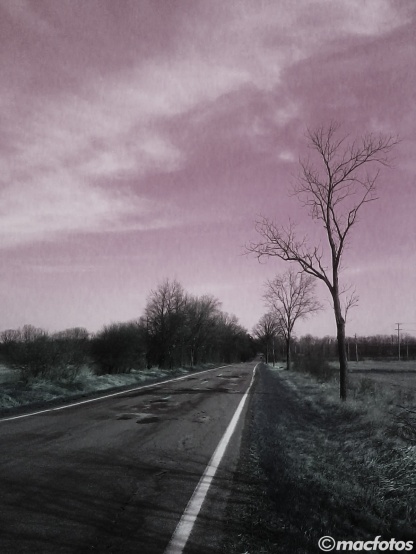 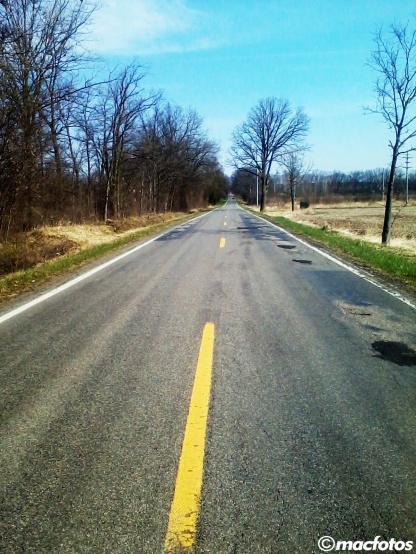 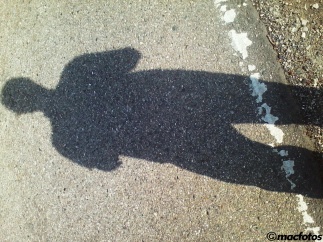 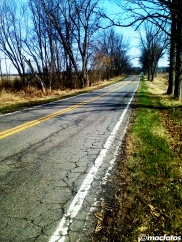 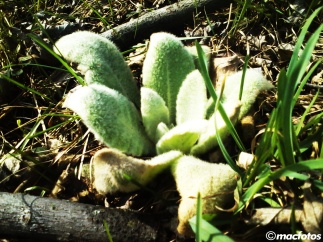 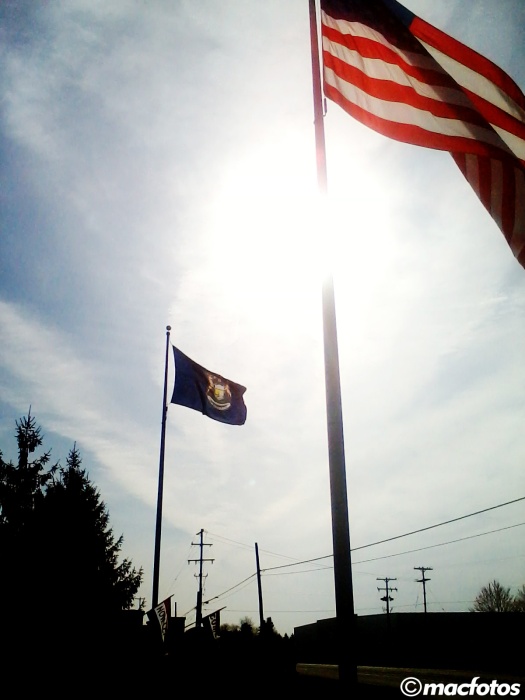 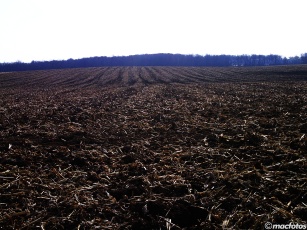 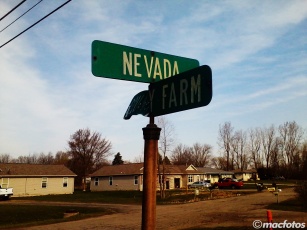 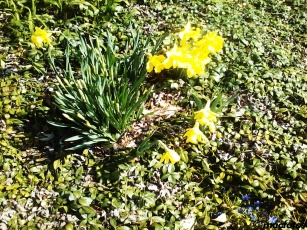 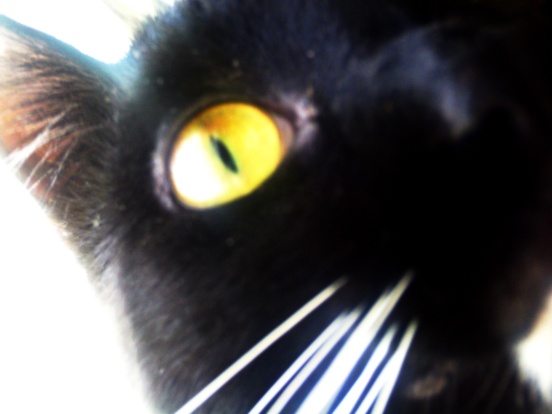 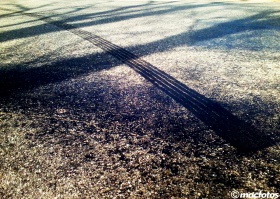 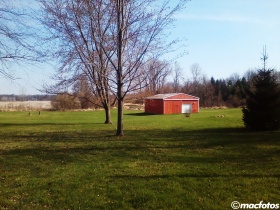 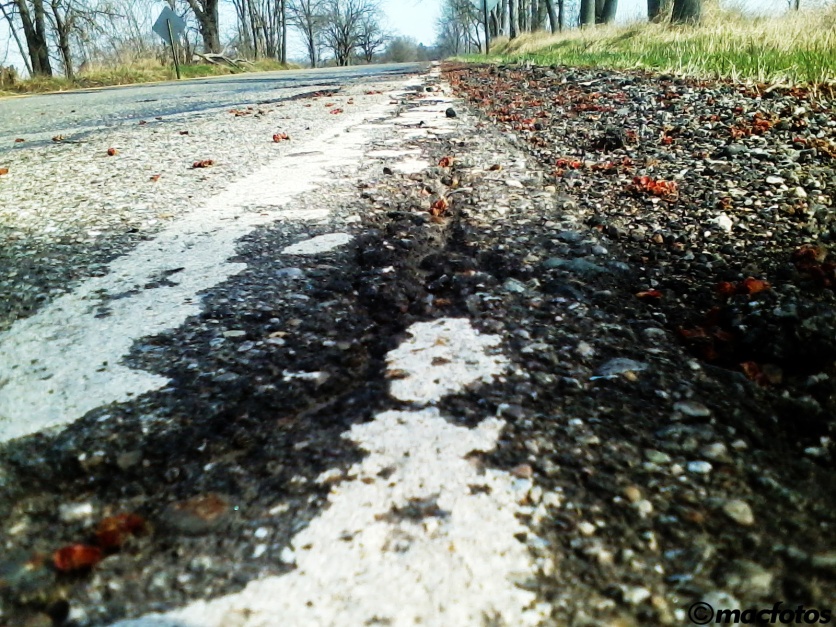 What a great morning it was, getting up early to fulfill another weekly photo challenge, this one asking for some early bird shots – not actual shots of birds though. I could have simply gone to my archives but I felt like taking fresh photos would only make this feel real. The first picture I got was one of my cat, having to hold its head up as it struggled to get away, thinking the hell with my stupid photo shoot. And then I headed outside and got the harvested farmland behind some empty houses. It really does look like a war had just occurred with it being so bare, burnt, and depressing.

That led to me taking a little nature walk this morning along the roads near my home, taking in the fresh air of the Spring weather. The first road I walked along was very busy and industrial like, hardly any trees and very bright sunlight, but the road I took a right turn on was a lot more peaceful and country like with lush green trees on both sides and there were only an occasional couple of cars rolling through. With the batteries in my digital camera dead, I had to switch to my 2 MP camera phone to capture shots of the country road, its old asphalt cracked and worn but with an authentic feel. I found this strange-looking plant on the ground, had a fuzzy texture and reminded me of eucalyptus leaves, and I bent down to snap a picture of it but was careful not to come in contact, afraid it might be poisonous and have me develop a terrible itch.

And then came the selfies, requiring me to look a little more conspicuous in the event of passing cars, and I even took a daring one in the middle of the street. Street Selfie™.  Such a narcissist thing. 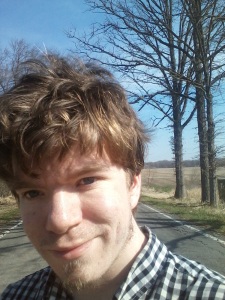 I wanted to try to get a shot of a passing car but again, that would have required me to break out of my “safe zone” and look extra conspicuous and odd standing there with my phone pointed to the road. I’m a little funny about having people know I’m taking pictures; I like to do it in as secretive of a manner as possible.

On the way home from my photo walk, a couple of bright yellow flowers (not sure what they’re called) near the road of a person’s home caught my eye. Well, I could have captured them quicker but I still had my timer on from the selfie session, and by the time the shot took, a car was about to pull up into the driveway. I felt so embarrassed and immediately continued on home without stopping, not realizing the inhabitants of the home were going to pull into the driveway as soon as I kneeled down to take the photo. The guy in the car shouted, “Hey, man, don’t worry about it” as if he didn’t mind he caught me trampling on his property, looking kind of strange. I didn’t say a word and got out of there faster than an escaped fugitive. Taking pictures, especially of things near people’s homes , can be risky since you never know if the inhabitants will see you doing it and become suspicious. That’s the worst feeling in the world. 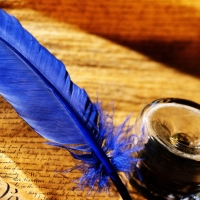