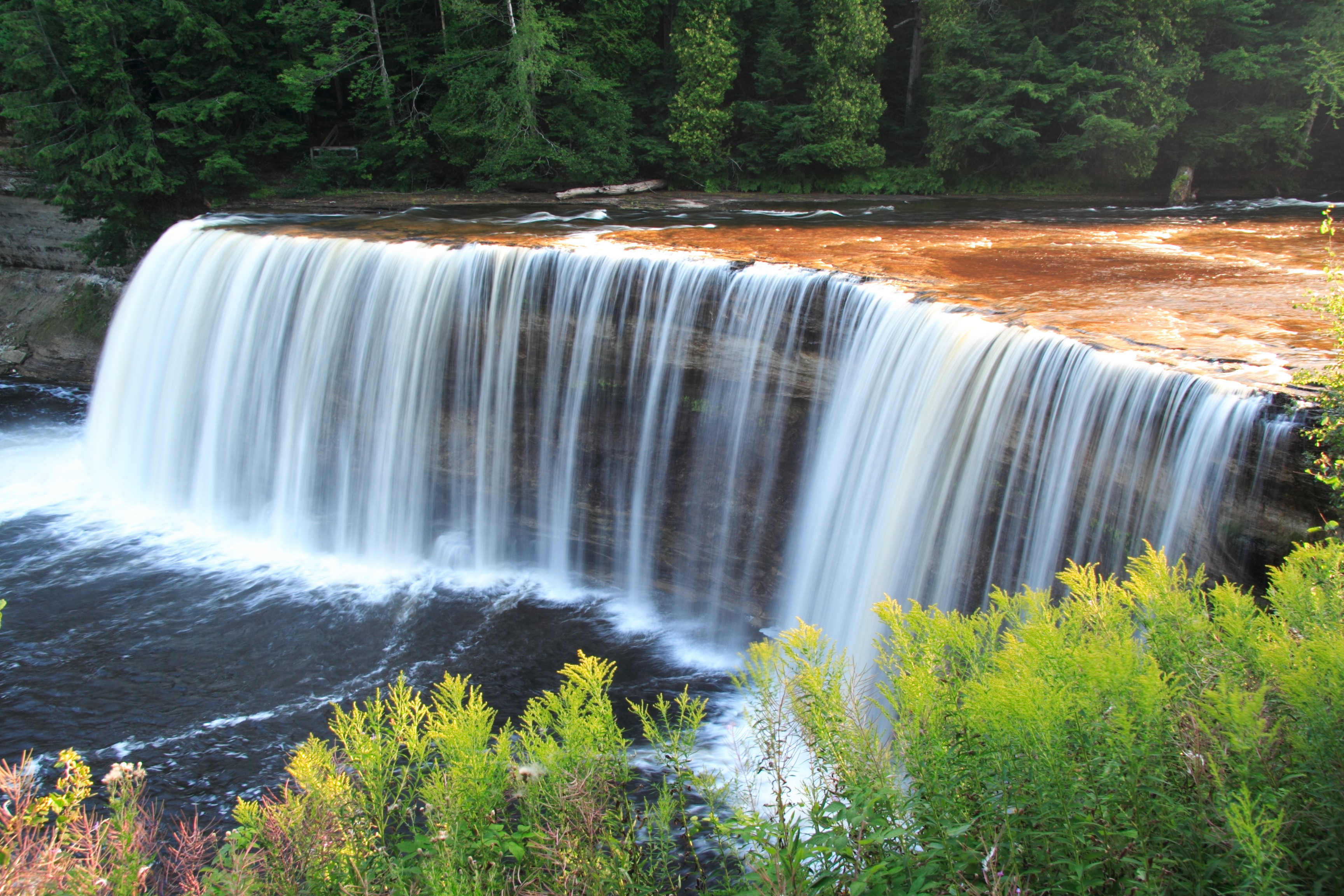 Tahquamenon Falls, with its loud rushing waters, is a place I would like to visit again someday. I last went there as a thirteen year old, remembering how I had to roll up my pant legs when wading through the shallow water with my two other siblings. There are pictures of us crossing under a concrete bridge spotted with grafitti, awkwardly riding in a paddle boat in the chilly water of Lake Superior, and standing on a rocky cliff overlooking the magnificent wonder of Northern Michigan. I must had really looked the part in my “Wolf Lodge” shirt, but had a hard time posing for the camera because of my new pants being too big that I had to hold them up (the beginning of my belt years).

Twelve favorite places of mine I’ve been to in Michigan:

Here in the Great Lakes state, our word for soda is “pop”, as in “Can we get a bottle of pop to go with our pizza tonight?” Though, I haven’t heard it been used in a number of years because of me and other close family members having cut down on consumption of the carbonated beverage. “Pop” was what I heard frequently during my preteen years, like late ’90s to the early naughts, but now I rarely hear it be used at all, even if a recent chart says 90% of the people in my hometown use it.

Where I come from, there aren’t really any accents, but rather we all sound like typical Americans. Except for the few people I’ve met from other countries such as Australia, Japan, and Germany – some of them foreign exchange students at my high school – the majority is straight speaking English.

If there’s one thing that defines my immediate region, it is acres and acres of fertile farmland by country roads, most of the homegrown vegetables and fruits going to the local supermarket store, previously known as “Thrifty Acres”, accessible by a main strip of fast food restaurants named after the city airport – which is nowhere near that but so isn’t the city of Michigan City, which is in Indiana.

The one other big thing that my modest looking town is known for, even by people in far flung places around the country, is it was formerly the home of one of the biggest prison’s in America – so at least we’re not a total afterthought. Oh, and we are home to Tyler Oakley, the flamboyant YouTube personality, so there’s a slice of glamorous fame for us.

Other things we’re known for:

Write about whatever you’d like, but write using regional slang, your dialect, or in your accent.