The name might as well fit her personality: she’s full of sudden and unaccountable changes of mood or behavior, the very definition of the word. It’s a name I have never come across until I met her, first on Skype, then in real life. It’s beautiful, it’s simple, and makes me think of flowers and a tropical setting, especially when shortened to Capri, like the pants, the Italian island, and the juice concentrate drink. 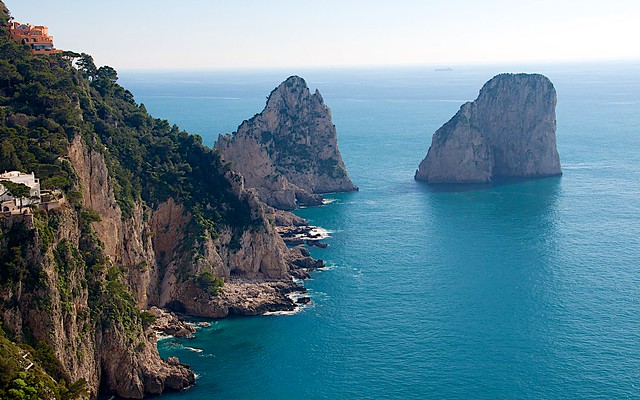 We met on February 12th, went out on a mini date on February 14th at the Main Event center in Olathe, Kansas. It was sweet. It was fun. It was innocent. We bowled, played arcade games, including Laser Tag, air hockey, and Guitar Hero. I guess that counts as a “romantic” date since she did give me a convincing signal with the way she touch my hand and did a little dance with her fingers, me escalating the gesture, assuming that it was safe to launch things to the next level. Or maybe I’m overthinking this too much. It’s been a couple weeks now. We’ve both moved on from that initial meetup.

Then I had to leave for home on the train. I haven’t seen her since and miss her a little more everyday, because I can’t do anything about it and she’s got a lot of other guys on speed dial as is, so I’m not really that important when the long distance is easily replaced with someone else.

I truly thought we had a pact, but it turns out she’s nothing more than a used doll. Easy and manipulative. And now I’m searching once again. Maybe there’s still hope for us in the future, once she gets her life together, but counting on that is like counting on the car to start in a horror film chase.

It lasted a mere three weeks and now might as well never have existed. That Valentine’s Day card I got her doesn’t mean much now but I guess was just, for the moment, a nice gift. I guess she was going through a rough patch at the time and is now feeling pretty good now, having found another “boyfriend”, who she loves and melts for after only a few days. She’s only 19 years old and quite immature, but has the looks of a goddess. The one I wouldn’t want to get away. The one I can imagine spending the rest of my life with, those caprices set aside. We all have caprices; no one is 100% sure on anything. Ideas and priorities are always changing, dreams coming and going when other things get in the way.

She’s not perfect. I fully realize that now.