Foster The People is an amazingly good band that found exposure late in 2011, with the release of their debut album Torches. The band is named after frontman Mark Foster and he says the name means “to nurture and take care of the people”, though it was originally named “Foster & the People” but was mispronounced. I’d say they did very with their first album because there are at least three singles that went viral and cracked the top 100 of various music charts in the U.S, U.K, Australia, and other places, and were nominated at the Grammys.

“Pumped Up Kicks” is a song that I remember very well, and was what sparked Foster’s success. It seemed to define my transition from high school into what they call the “real world” very well, a rebellious track describing one man’s sinister plans. Foster the People has yet to come out with anything that could match their successful Torches album (their 2012 second album Supermodel is one I haven’t heard much about) since it was one of the best from the beginning of the 2010s decade. The music videos accompanying it are spectacular. Unique, maybe a little over the top.

Now this song is absolutely perfect. It’s something you can easily dance to. It’s humorous. I must have listened to this insanely catchy hit about a 100 times after I first heard it on a Nissan Leaf commercial back in 2011. I’ll leave up to you to figure out what the meaning behind the song is.

And one last song I want to talk about doesn’t really have any real meaning behind it. You can call it what you want because that is what the music video clearly shows, an ambiguous mash-up of confusing scenes.

The band is still around and is touring like crazy, with a third album due sometime this or next year. Cubbie Fink, one of the original band members, left the band to pursue other opportunities, but the core group is still together. I admire this band’s hard work and drive to keep producing and not end up one hit wonders, which hey, is a lot better than I could have done. 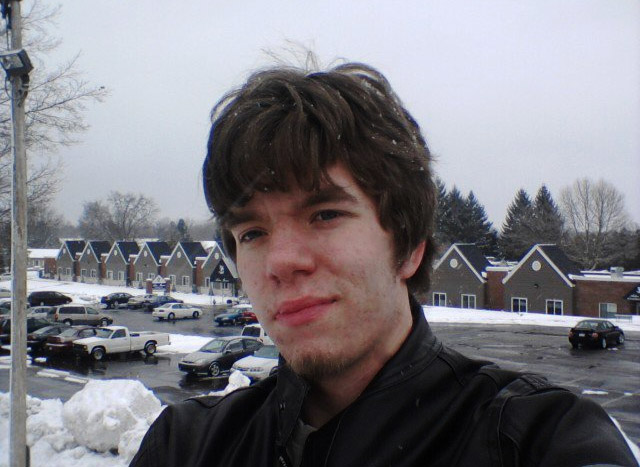 One day in the early spring of 2011, I decided to hike up a mountain of hard packed snow. It overlooked a small city of buildings and cars. The air was like Jack Frost, nipping at my nose, and little flakes of frozen water were falling on my messy head of hair. The perfect place for a self-portrait or profile shot, or selfie as it is called now but wasn’t back then. I took my camera phone, held it out at arms length, tried my best photogenic look, and pressed the shutter button. I’m the king of the mountain, I thought, standing there and looking all around the sleepy campus of Spring Arbor University. I was nineteen years old and just finishing up my first year of college there. I actually lived in my own house with my family right on campus, though we moved out of there a month later because of some unsolvable disputes between a stubborn relative and the rest of us.

2011 was a year of discovery for me, trying to find who I was inside. It was the year I first picked up a guitar and tried to learn how to play it, repeating lots of the boring stuff over and over again. It was also the year I truly felt on my own, having graduated from high school the year before. I felt the pressure on me to find my own way because no one was going to tell me anymore and that made me feel vulnerable and alone. But of course, I felt like a rebel kid with my black leather jacket on, walking out there in the cold with a little strut in my step, but not too naïve to realize I was a little man in a big world that seemingly had no directions laid out for me. It was my job to write them myself.

This picture of me hails from the social construct of Facebook in one of my older albums. Everything seemed so much different back then, more fuller and livelier, but then again the people that died recently were alive in 2011, including a number of my relatives. And we weren’t all spread out across the country. I wasn’t even making any money back then, like I get to do now by donating fluids from my arm for life-saving medicine. Time marched on.

In response to The Daily Post’s writing prompt: “Snapshot Stories.”

Open the first photo album you can find — real or virtual, your call — and stop at the first picture of yourself you see there . Tell us the story of that photo.