I don’t remember this particular blogger’s name, but it was her post that introduced me to WordPress back in 2006, seven years before I started this long running blog; I was merely an unregistered visitor stopping by to check out something interesting in a store window, curious about its contents.

WordPress and blogging in general were entirely new things to me, though I had heard about the evolving activity but had never given it much thought. As I was just beginning high school in 2006, then fifteen years old, and my knowledge of the internet was still growing, figuring out how it could be an effective tool in my life was uncertain. Finding this place was merely by chance, the initial doorway to this site being through a particularly intriguing GIF image that I found while searching for something on Google Images, I believe something coffee related, which was the basis of our unnamed mistresses’ post. Her post was about her love for coffee and the art that could be made from it, including a picture of a cheeky little monkey formed from the cream being expertly swirled. The post that led me to this land of enchantment was so well structured and full of interesting details that kept me reading until the very end, eager to find out more. I remember reading and having strong thoughts of praise for her writing going through my head. Wow, she is a really good writer, took some time to craft this. Has quite an interesting life as well. Maybe I should try this? The latter I did, but it was very short lived; I made just one post on this “blog”, being in quotations since it was hardly in the definition of such. The post was titled “Hello, World”, and was a friendly introduction, featuring a couple of tidbits about myself that I hoped would get the ball rolling. But it never really did and I never really developed a big interest in blogging since it just seemed like a tedious activity to me back then, having to figure out what to write and how to write it, and the fear that what I wrote would not be very good pulled me away from this creative endeavor. My one post blog, simply titled “Matt’s blog” by default, was deleted seven years later and I’ve been here ever since.

The fear of failure is atychiphobia, and I believe I have it day in and day out, but unlike the definition that says people stray away from performing tasks to avoid failure, I happen to go with tasks but don’t expect to achieve success since it has eluded me many times before, my inner self learning to take things with a grain of salt, not wanting to experience feeling of blows to the head, heart being badly broken.

While we’re on the subject, I don’t particularly like the taste of coffee, well let’s just say I don’t like the taste of it black, plain, and unsweetened. It’s kind of an unnecessary thing for me and I don’t know why others rely it on so much. Sure, it is a great pick-me-up, the caffeine in a regular cup of joe enough to get you through the day, but as far as the taste, well it’s not very delightful or fulfilling is it? But just like cigarettes, tobacco, and recreational drugs like marijuana, if I started drinking coffee daily I would become addicted to it in no time. It would become a natural part of my life, having to consume it every morning…not exactly a good thing for the teeth.

Back to what I saying before, just to give you a perspective of how WordPress has changed since I first discovered it in 2006, here is the dashboard/posting page from that year: 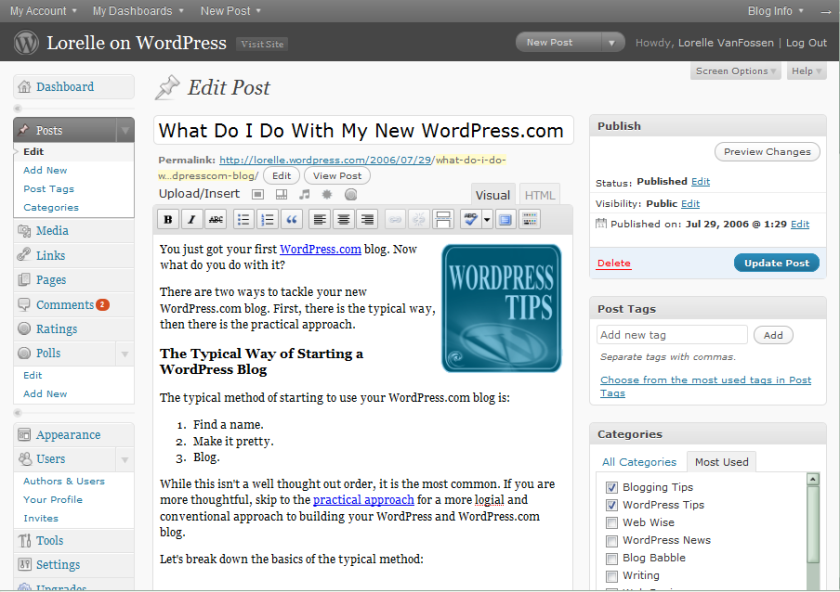 And here is the homepage/dashboard for the 2013 version that my blog began on, quite similar to what it is today. 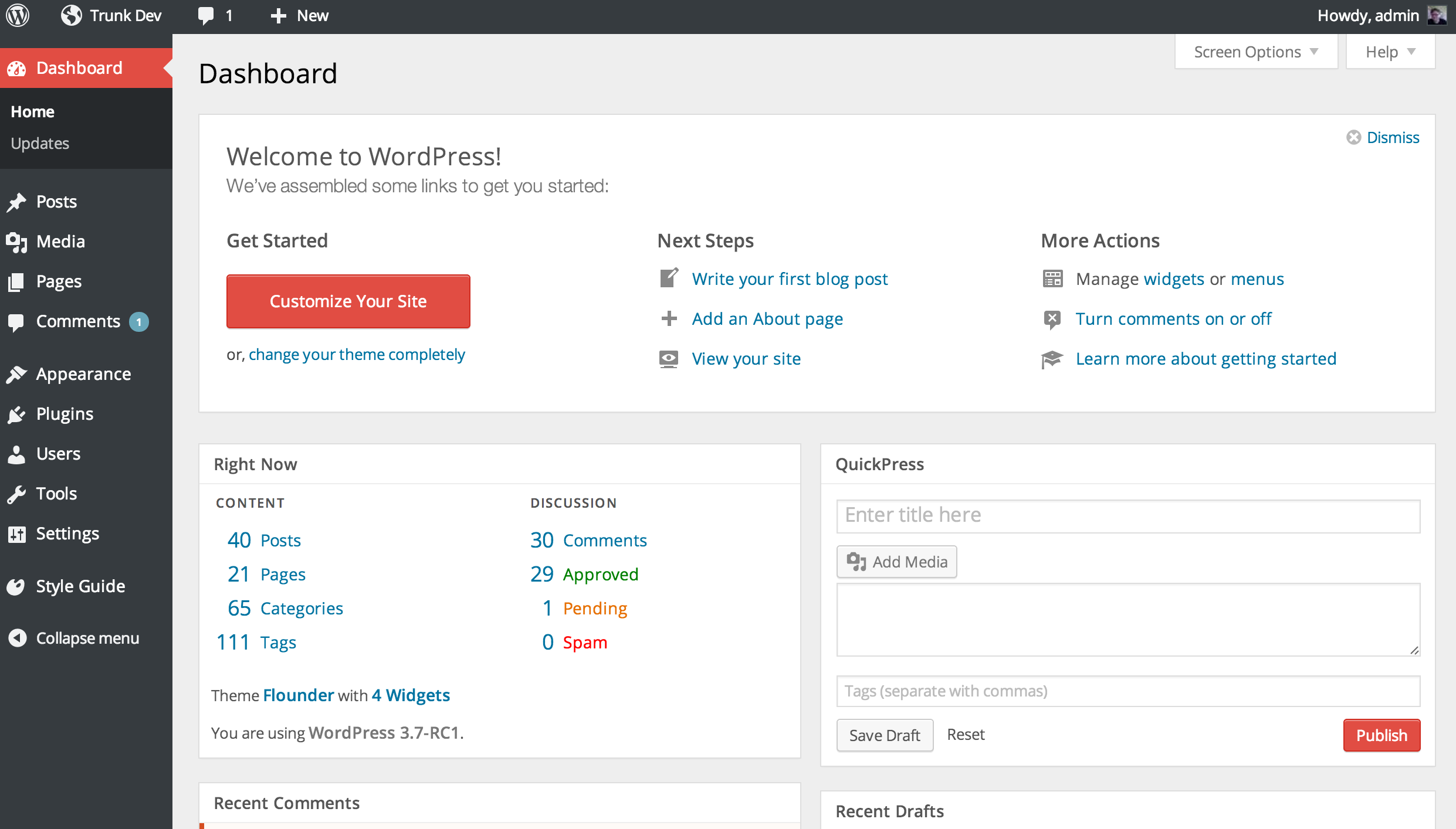 As you can see, WordPress has gotten more user friendly, cleaner, and modern in its design interface, taking away a bit of the learning curve that was with me back in 2006.