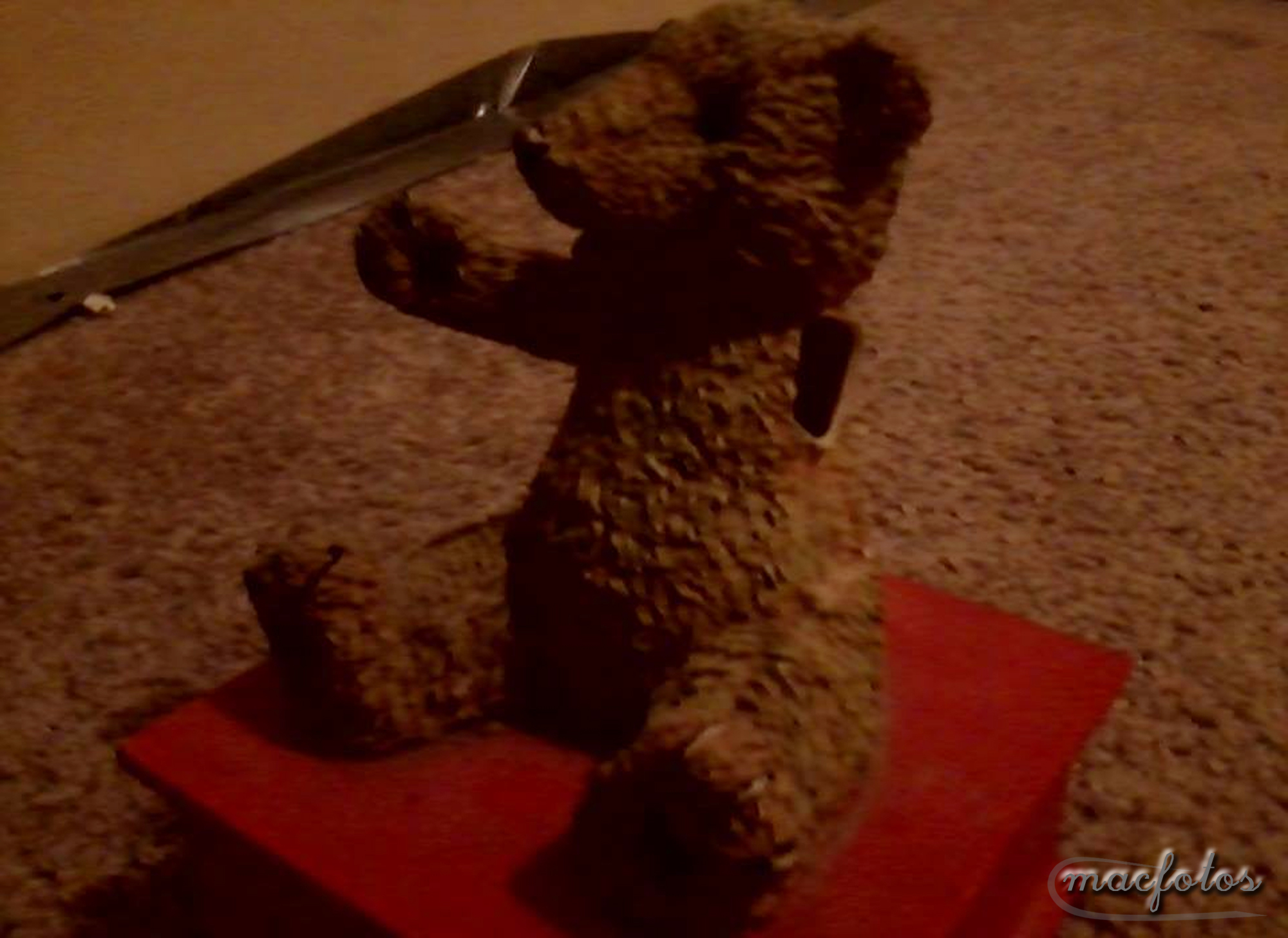 Normally, fireworks aren’t much to get excited about, but when I finally got the chance to get some decent photographs of some this Memorial Day weekend, a new perspective of these pyrotechnic marvels opened up to me. It must be true, as with snowflakes, that no set-off firework ever is the same. 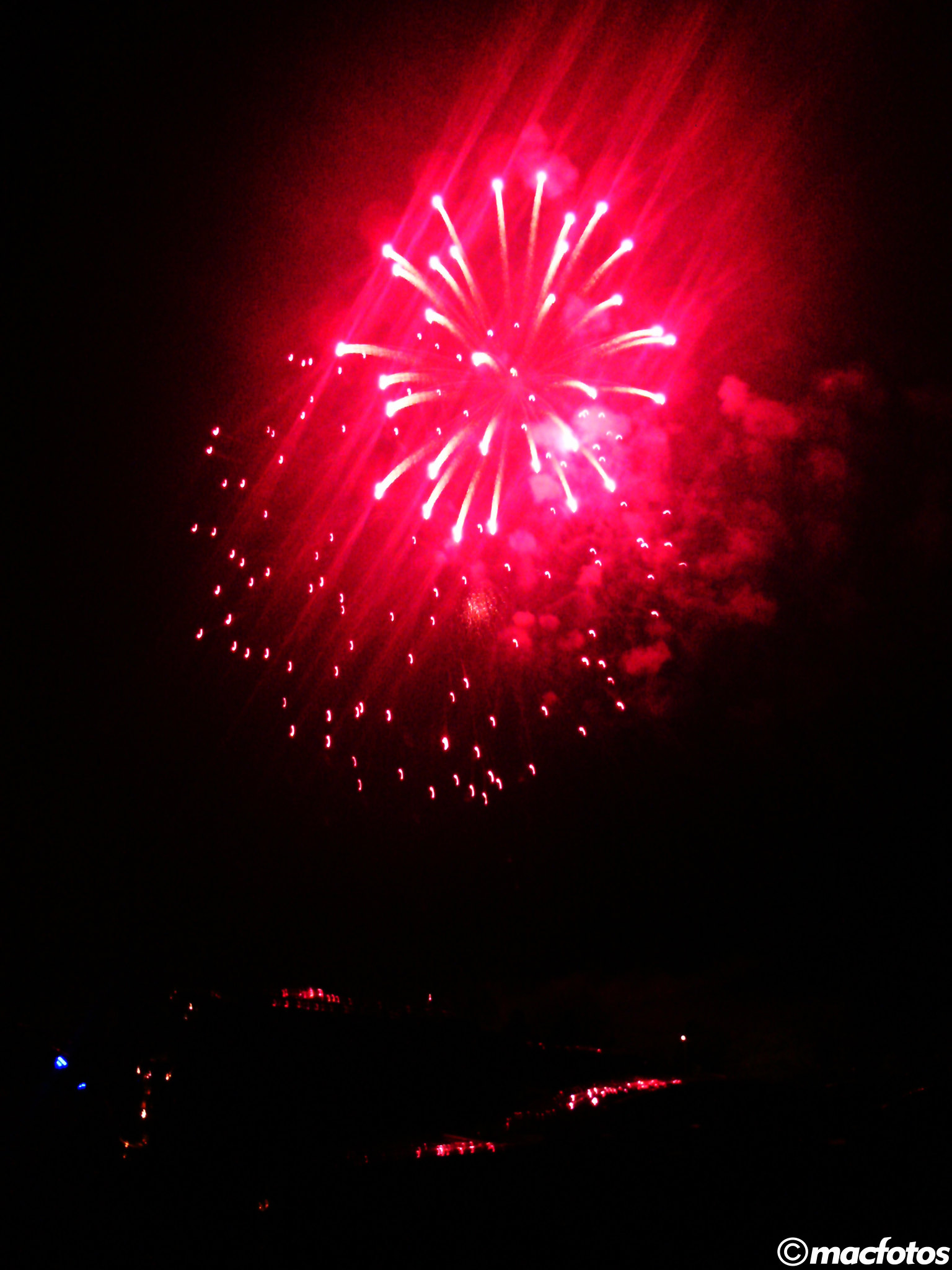 Bursting red, like a brilliant star exploding after millions of years, emitting a hot shower of sparks, raining down with a sizzle and fizzing out into the nether. This firework looks so much like one of those flowers with sprouting antennae like feelers, which are probably used to absorb sunlight.

“And the rockets red glare” 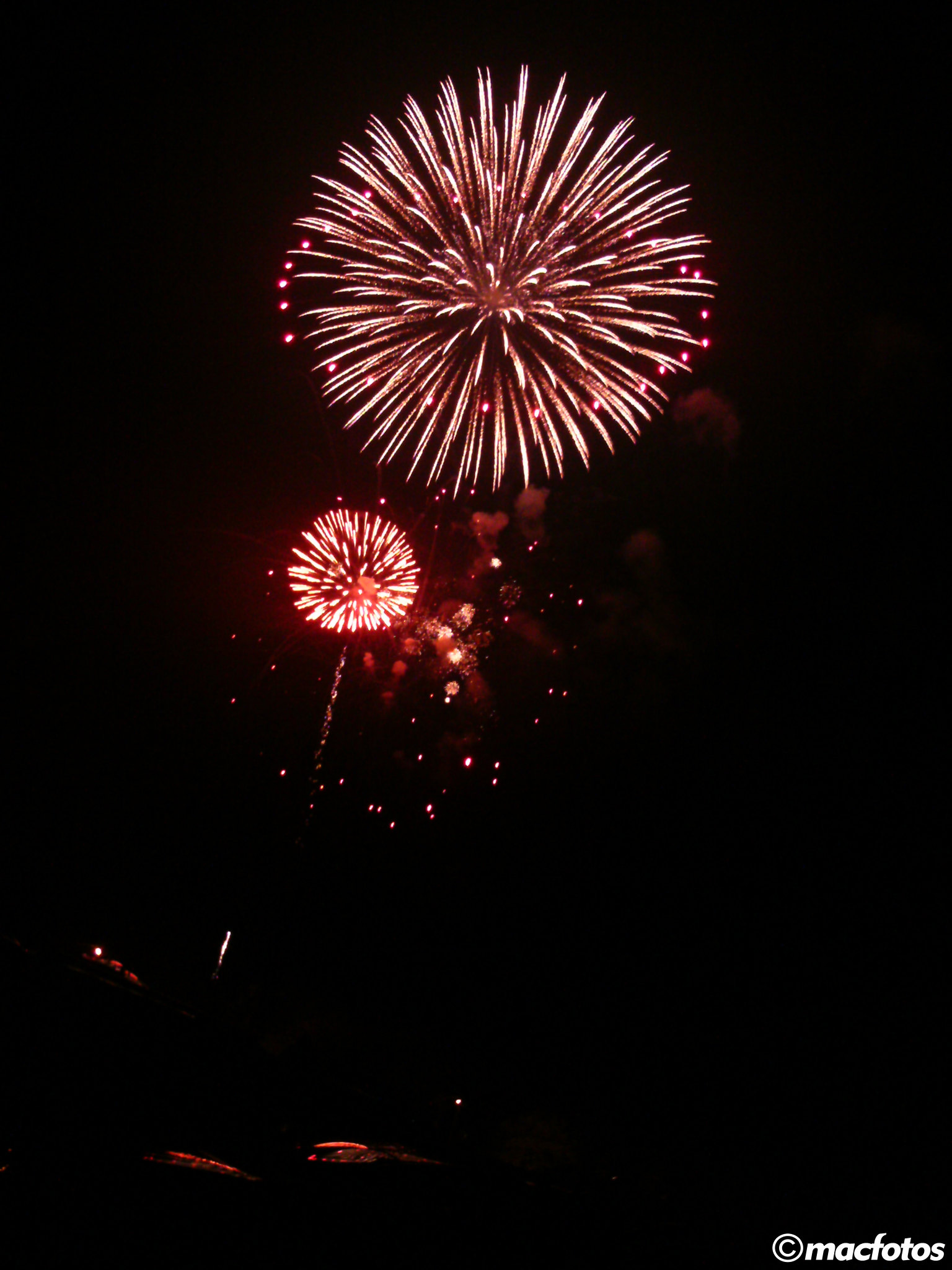 A more finely tuned set of fireworks, with the quill like structures of porcupines. The thing about catching fireworks on camera, especially with a point and click, is that you have to sometimes press the shutter button before the firework bursts open in the sky, and what you end up with is totally random.

“The bombs bursting in air” 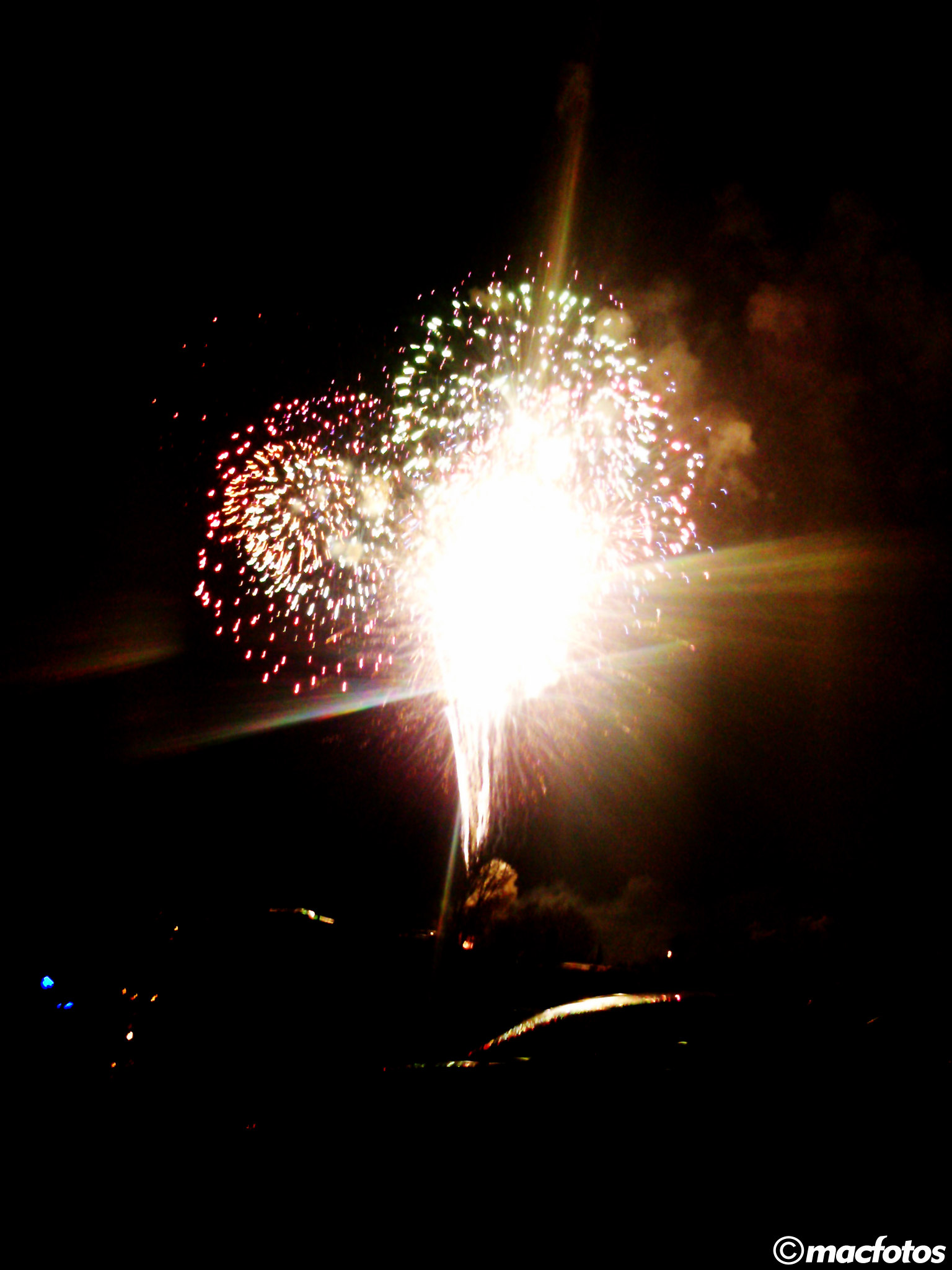 And this was part of the “grand finale” that tuned out this year to be a complete letdown. Unlike in previous years, there were only a couple of fireworks set off, not the big pyrotechnic show of dazzling lights and cannon booming shaking the night, leaving a cloud of smoke afterward. I guess they were cutting back on the budget, trying to save money for more important things like fixing the roads. There will be two more firework shows this year in my city, so watch out for more pictures of these holiday traditions in the future.

For all the vets who have died in the past and recently, this Memorial Day post goes out to you.

“For the land of the free…and the home of the brave!”

I decided to include this as a second entry for this week’s WPC, since fireworks are a thing that starts off as one large cluster and then explode/break into many smaller parts.

My first trip into the land of the broken takes me to a street side curb. This is what once was a fine desk and cabinet combo, that was broken down into its individual wood pieces for disposal.

What was once the egg from a chicken, now broken open and the contents turned into this classic delicious food.

This picture of Detroit may not look broken, but the overall city elsewhere is severely neglected and dilapidated, at least the last time I visited the city.

Even machines can have broken hearts, such as this reel mower of ours that has since been neglected for the much more efficient and powerful gas mower. Now it is just memories of me working so hard to push this reeler through the thick grass, the blades constantly jamming, going back and forth creating uneven paths of cut grass, building a sweat in the hot sun. Did I mention that it’s broken as well?