I like to say my home is a humble and nice place to live in. It’s nothing that special, being in a sea of mostly identical homes, but there are some daily pleasures that keep it from being a soulless shell and keep me in high spirits.

The Futon – Basically the centerpiece furniture, right in front of the TV. Where I wake up and blog everyday. Soft, comfortable, luxurious, and an eater of all possessions. I find myself taking my socks on and off, feeling so lazy and relaxed. My place of inspiration. I’m thinking about creating a new a blog and calling it something like “The Futon Chronicles” or “Life from the Futon”.

Electric organ – Even though I haven’t played it in months, it’s a nice addition and gives the house a classier look, for what it’s worth. Right now it acts as a junk collector, gathering dust. No one in the family is really musically inclined or even interested in music, which is why the organ is becoming another useless piece of furniture. I tried learning to play the organ, tried learning simple songs from a children’s beginner book, but gave up after realizing it wasn’t going to take me anywhere.

Flat screen TV – Best thing to come out of my free college money. Most likely wouldn’t have bought a new TV without that free money but would have still been using a fat and heavy CRT. There are only ten channels that appear on that TV through an antenna. The alternative is Netflix and YouTube through the Blu-ray player, which has much more variety and freedom from the same stuff everyday. Stephen Colbert is great though. Great work, CBS, getting this fresh and humorous comedian to replace the stale Letterman.

Fridge – I must open this 20 times a day, hoping to find something new but it’s always the same bare essentials.

Posters – I’m collecting one every couple days, trying to make my abandoned room look more colorful and fun. Covering up all the bare walls and making the room an adventure to walk into everyday is a crazy goal of mine.

My dream home would be one resting by the lake. I would love to have a boat to ride out on every day for a day of relaxation, sightseeing, and maybe fishing for large mouth bass and shrimp. Of course, I wouldn’t find living in an apartment in New York City either, hearing the cars and people being restless all night while I lie awake in my bed five stories up staring up at the moonlight being cast on the ceiling. There’s something about the noises in the dead of the end that make me have some real vivid dreams.

In response to The Daily Post’s writing prompt: “Home Turf.”

Name five things in your house that make it a home. 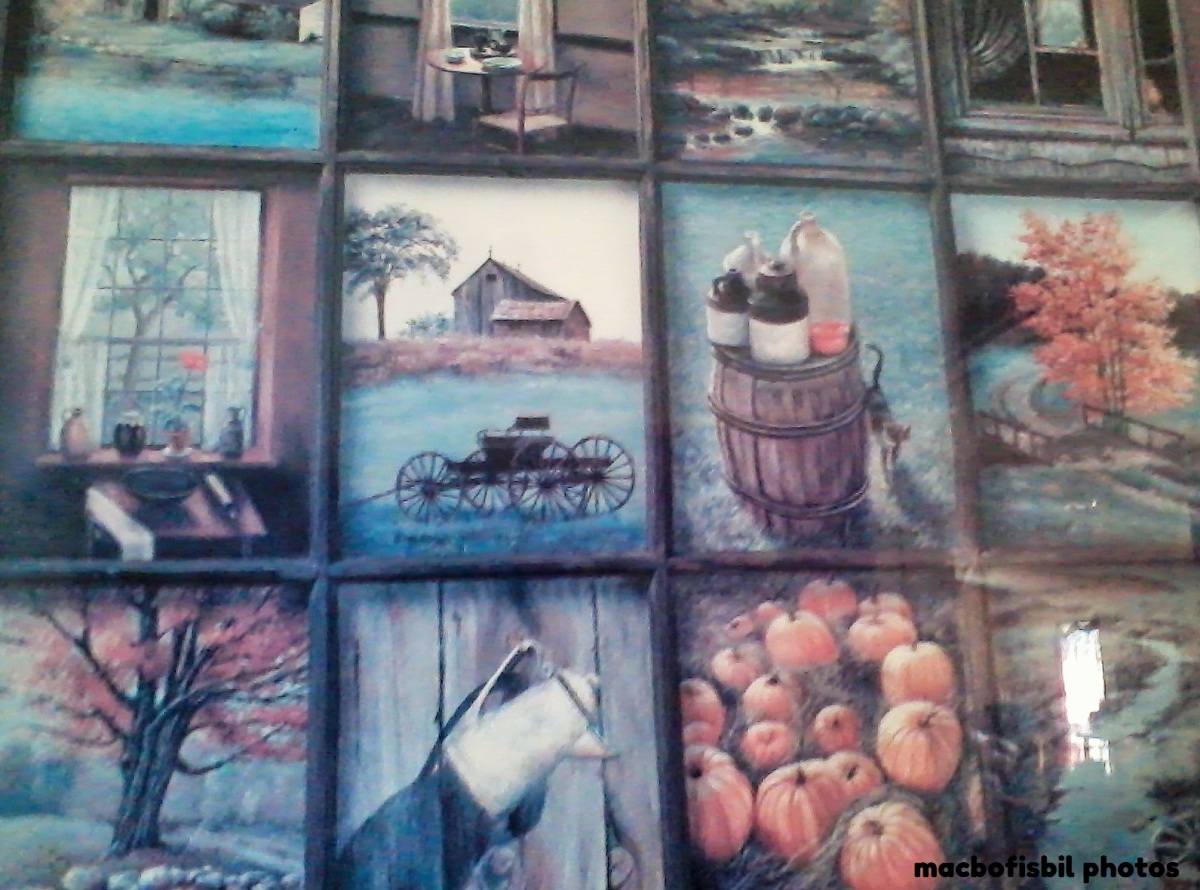 I missed the first day of Photography 101 because I signed up late, but no bother: here is what I call the house of my dreams, taken while walking alongside a busy road one day.  I love the shadow that is being cast by the tree in front and how all three trees and the shrubberies seem to guard the house. 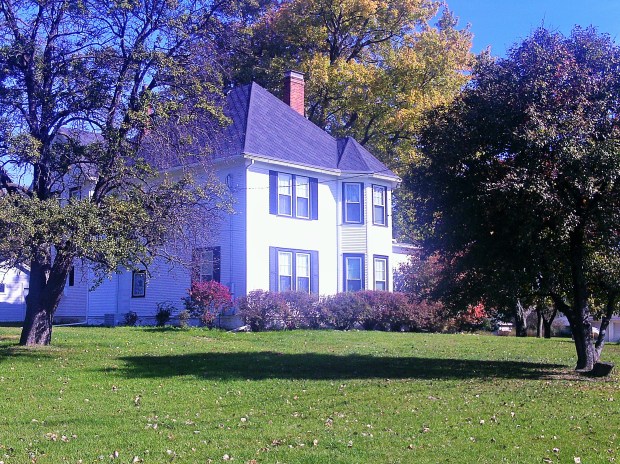 And here are my pictures for the second day of Photo 101: the boulevard of my mobile community dressed in its annual snowy white and a monstrous overcast above the main road in my hometown. 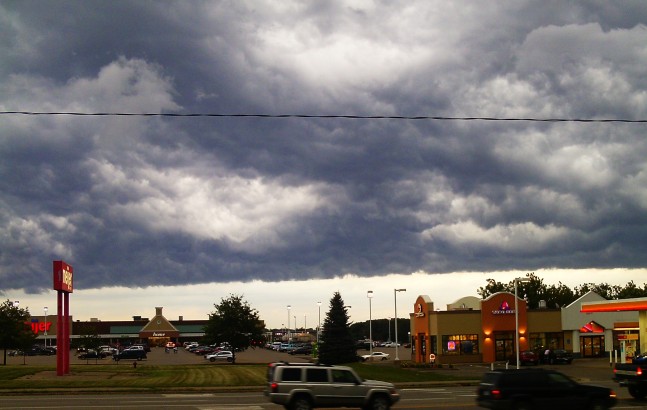 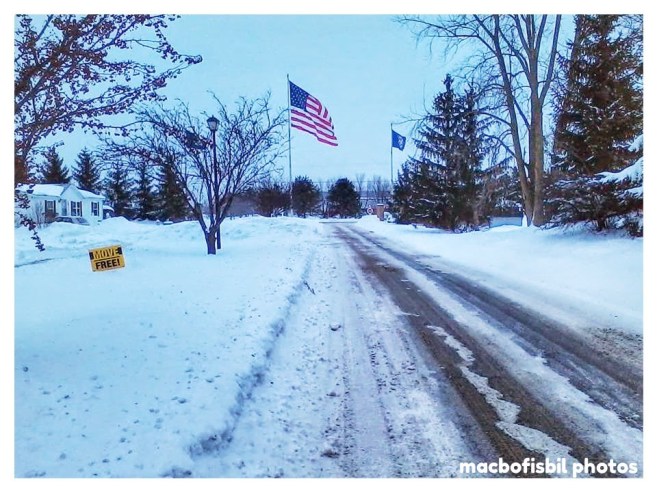 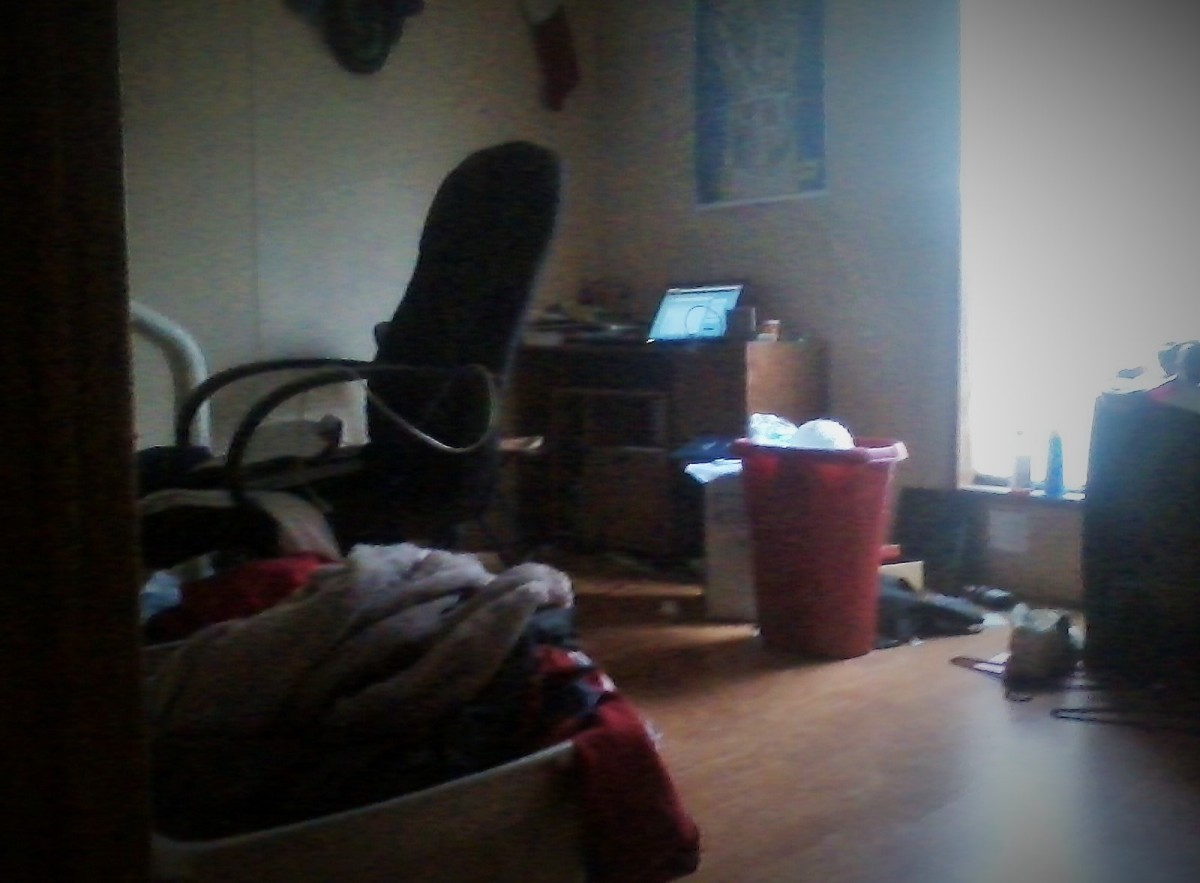 This of long time ago
When so much talk was about
TV watching, bed gazing
And maybe thoughts of getting out

What’s messier right now — your bedroom or you computer’s desktop (or your favorite device’s home screen)? Tell us how and why it got to that state.