If you had the chance to be reborn, would you choose to return as your present self, or would opt for a fresh start? Tell us about what motivates your choice. 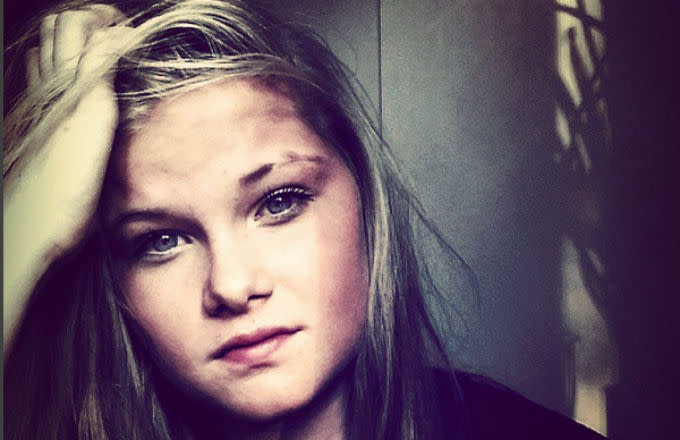 I bet this 16 year old girl wishes she could be reborn again. I bet she now wishes she hadn’t stabbed her mother 20 times with a kitchen knife, as if one time wasn’t enough. I bet she wishes she hadn’t watched those ISIS videos on YouTube, because her teenage life is virtually over now. She’ll be sitting in prison now until she’s 25, contemplating over what she did and maybe crying out for her mother to come back. Well, sorry girlie, it’s too late now for that. That Instagram picture of her tells the whole story of what she should be feeling like right now, though I don’t really know her actual emotions or if she has any conscious at all.

Lisa Borch from Denmark was sentenced to nine years in prison for brutally stabbing her mother, Tina Römer Holtegaard, in her sleep after watching hours of ISIS beheading videos on repeat. It seems as if the videos had a psychological effect on the then 15 year old girl and motivated her actions. Her 29-year old boyfriend, Bakhtiar Mohammed Abdulla, was also involved in the murder and was sentenced to 13 years in prison and will be expelled from Denmark after his sentence is served.

The killing happened in October of last year in the Kvissel, Denmark home and the two suspects finally were taken to court on September 15.

Her Instagram account blew up with hateful comments after the news came out about her crime, many of those comments underneath encouraging words for Borch and inspirational messages from her. It’s odd to see a girl that looked so normal and happy in her pictures and was looking to get a successful career in music and modeling and now those dreams are all over. It hurts me to see some of the comments telling Borch to “go kill herself” and changing the innocent meanings of her past pictures that came before the murder into being in connection with it.

Here is her opening descriptive line on her account:

Commenters are now saying she used those 24 hours to plan the killing of her mother, her previously innocuous messages being twisted into motivational messages for her October crime.

As well as this:

If this poor, obvious psychologically troubled girl could restart her life, she would know better than to be suckered into the persuasive teachings of ISIS. She would probably flee the country and go live in a place like the United States that is more sensible and civilized. It’s too bad she was born into the wrong society that doesn’t care what children are doing or what they are being exposed to. I don’t know what her mother was like or if she even knew Lisa was being brainwashed by those videos, but this is a very twisted and sick story that I felt compelled to discuss.

It seems as if she being a child and being heavily influenced played apart in this. She met an Islamic man and became heavily infatuated with him to the point that she was steered into becoming fascinated with the ISIS videos. A young girl like that can’t quite think properly for herself yet, in my opinion.

From what I read, her relationship with her mother was not very great. There were constant arguments over her going out with an Islamic man who had connections with the evil ISIS empire. Her sister had fled away from home because she was tired of the constant tension between the two.

This is just another sad story involving the terrible organization that is ISIS. This time they planted thoughts in a teenager’s head and now her life is ruined. Those videos really need to be removed from YouTube.

In response to The Daily Post’s writing prompt: “From the Top.”