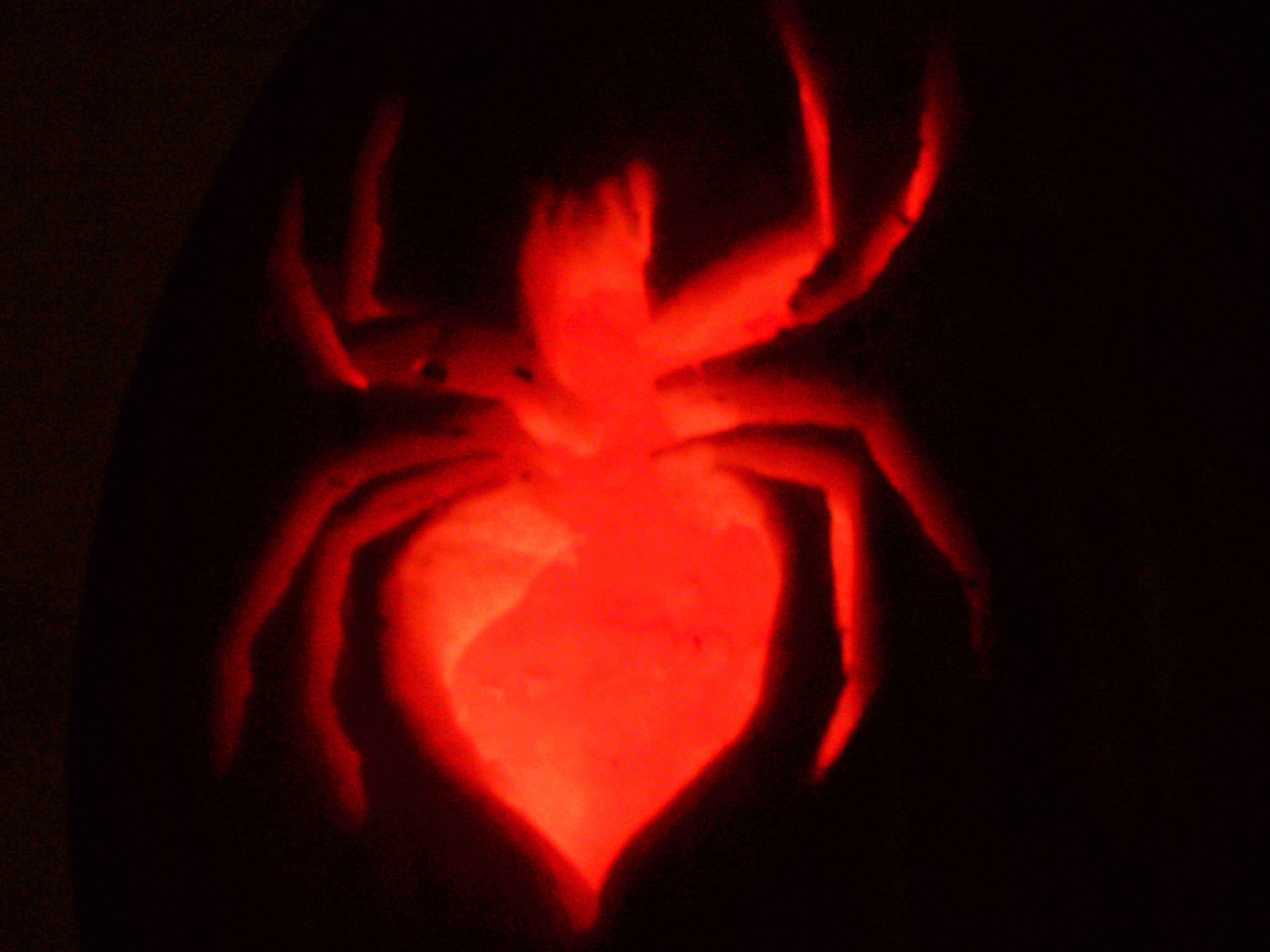 Pumpkins are synonymous with the season of black cats, witches, goblins, cider, corn mazes, and low budget horror flicks that come out on home video a short time after hitting theaters. Here is a pumpkin carving of a typical eight legged “spade backed” spider that I carefully created last year (with the aid of a stencil). I placed two small candles inside the pumpkin and then photographed the carved gourd outside at night, capturing the fiery glow. The edge of the pumpkin is barely visible, preserving the eeriness of the picture. It’s not my best effort and I’ll likely try this again this year, choosing a different, more elaborate design, and planning my shot a little differently.

As spirits roam the neighborhoods at night,
Let loose upon the Earth till it be light…
~Nicholas Gordon, poemsforfree.com

Halloween is just around the corner again, which I can’t believe and always am fascinated about. It’s the psuedo-spookiness, much of it forced, we incorporate on this superstitious night that makes me appreciate this time of year. Quite a fun, but cheesy time that originated from ancient religious practices. I loved the days of late-night candy scavenging as a kid, dressed in a different costume every year, going door to door and chanting the cliche question of two options and eagerly holding out my bag or bucket to be filled with the kind of candy that would make a dentist turn white. I believe the only time I’ve gotten “tricked” was when I was reaching into the candy bucket of a still and silent scary clown – which didn’t look real – and he suddenly snapped back at me, “Don’t touch my candy!”, scaring me half to death. Halloween never got more real than that.

In response to The Daily Post’s weekly photo challenge: “Careful.”